Welcome to the Netherlands Office Taipei

Netherlands Office Taipei is the formal representation of the government of the Netherlands in Taiwan. Its mission is promote and support cooperation between Taiwanese and Dutch institutions and companies in the field of commerce, science, technology, culture, agriculture, as well as to provide a platform for strategic economic diplomacy. In addition, the Netherlands Office Taipei handles visa applications and consular matters for foreigners and Dutch nationals.

The Netherlands Office offers support, advice and services for entrepreneurs, governmental organizations and individuals in both the Netherlands and Taiwan.

The Netherlands Office can help you get started on finding a Taiwanese business partner and identifying your markets.

Doing business with the Netherlands

Help with rules and regulations, access to support networks, business partner scans and much more.

Travelling to the Netherlands

Get the latest news, updates and information about the Netherlands Office through our social media channels:

The NFIA is a Dutch government agency that provides free consultancy, information and practical assistance for foreign companies that are interested in establishing their business in the Netherlands. It also offers access to a broad network of potential business partners and helpful government institutions.

Netherlands Office Taipei is the formal representation of the government of the Netherlands in Taiwan, and handles all visa applications and consular matters for Taiwan. It also offers services for residents and citizens of the Netherlands, and serves as a point of contact and information in case of emergencies.

About the Netherlands Office

The Netherlands Office's overal mission is to promote mutual understanding and cooperation between the Netherlands and Taiwan in all areas, including social and cultural activities, education and the arts.

About the Netherlands Office

Netherlands Office Taipei is the formal representation of the government of the Netherlands in Taiwan. Its mission is to promote and support cooperation between Taiwanese and Dutch institutions and companies in the field of commerce, investment, science & technology, culture, and education.

We are located on the 13th floor of the FarGlory building in the Xin Yi district, a short walk from the MRT's Taipei City Hall station. For our full address, contact information and opening hours, click here.

OUR TRADE IN PERSPECTIVE

As far back as 1623, the Dutch had been attempting to use military force to coerce China into trading with the Vereenigde Oostindische Compagnie (VOC), the vast Dutch trading cartel that spanned the world at that time. However, their efforts were thwarted by unexpectedly fierce resistance from the Chinese, and the Dutch were forced to sue for peace and to withdraw to the island of Formosa, which in those days was mainly inhabited by aboriginal tribes.

The Dutch built the defensive fort “Zeelandia” as a base of their operations in the southern city of what is now Tainan and started trading with aboriginal tribes, as well as developing large-scale agriculture with the help of imported labor from the Mainland’s Fujian province. However, the period of Dutch rule was brief: during the Siege of Fort Zeelandia, the Chinese military leader Zheng Chenggong (Koxinga) forced the Dutch to surrender and expelled them from Taiwan in 1662.

Many of the economic policies implemented by the Dutch during their brief colonial period subsequently formed the basis of Taiwan’s modern international trade. Taiwan’s earliest mercantile history and, to a certain degree,  the roots of its present-day economy, can be traced back to the system of ports, trade relations and trade routes that were established during the Dutch Formosa period back in the 17th century.

Today, the Netherlands still has close economic relations with Taiwan. The Netherlands is the second of Taiwan’s European trading partners, and is also the biggest foreign investor in Taiwan. After Japan and Mainland China, Taiwan is one of Asia’s main destinations for Dutch exports.

Focus on the Future 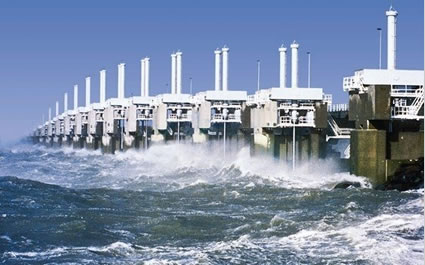 The Netherlands is the best protected delta in the world. Yet how do we keep our country safe from high water, now and in the future, and ensure a sufficient supply of fresh water? And how can we ensure that the Netherlands remains an attractive country in which to live, work and invest?

The Netherlands has a rich variety of nature and it is one of the world's largest agricultural producers. Biotechnology is important for agriculture and the food industry. The Dutch government would like consumers to be able to choose healthy foods more easily and more consciously. 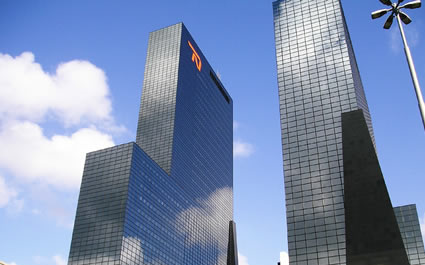 The government strives to increase opportunities for Dutch entrepreneurs on foreign markets. On the other hand it aims to attract foreign companies and top talent to the Netherlands. Corporate social responsibility and sustainability are high on the agendas of businesses and government. 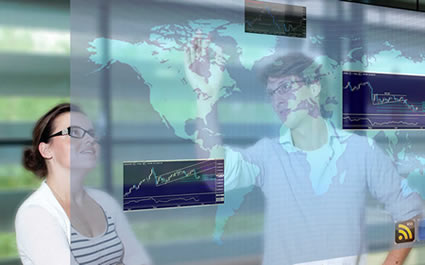 The Dutch government believes that the arts and culture should be accessible to all. The education system of the Netherlands features various types of school, each offering a curriculum geared to pupils' needs. Comparative studies show that Dutch scientific research is among the best in the world.

The Dutch – all 16 and a half million of them – live in a country about the size of Taiwan, making it one of the world's most densely populated countries. The Netherlands (or, more informally “Holland”) is best known for its iconic tulips, windmills and clogs, but there is so much more to this amazing country . Despite its diminuituve  size, it is the 10th largest economy in the world, renowned for its investment opportunities, its high-quality infrastructure and its broad government support for trade, commerce, sciende, innovation and green technologies.

The Dutch have always literally built and managed their country; from physically reclaiming vast swaths of land from the sea from the 16th century onwards, to protecting vulnerable low-lying areas with one of the world’s most advanced water management systems. The Dutch take great pride in their country, and have consistently managed it with responsibilty, vision and compassion. Take a virtual tour and check out the section below to discover what Holland is all about.