The Netherlands Office can help you get started on finding a Taiwanese business partner and identifying your markets.

Doing Business with the Netherlands

Help with rules and regulations, access to support networks, business partner scans and much more.

Trade between the Netherlands and Taiwan

Taiwan and the Netherlands are both export-oriented and share over 400 years of trade relations.

Taiwan is about the same size as the Netherlands, with around 23 million citizens a slightly bigger population, and is like the Netherlands an export driven economy. Another similarity with the Netherlands is that over 80 percent of the Taiwanese economy exists of small- and medium-sized companies, and that the majority of the economy consists of services.

Taiwan is one of the ‘Asian tigers’, together with Singapore, Hong Kong and South Korea, which successfully underwent the change from agricultural based economies, to manufacturing driven economies, to developed ICT hubs.

Taiwan maintains strong ties with the international business community and is an open economy, where about 40% of all consumer products are imported. Taiwan has been a member of the WTO since 2001, and is the world’s leading supplier of computer chips, responsible for the production of about 90% of the world’s computer chips.

Taiwan welcomes international trade and receives high rankings from the World Bank for its ‘Ease of Doing Business’, because of its strong legal environment with protection of Intellectual Property Rights, highly educated human capital and good business facilities.

Taiwan is a medium-sized market and easily accessible with high levels of disposable income. Due to the similar cultural and linguistic background with mainland China, Taiwan is also the biggest investor in mainland China.

Taiwan has seven major cities: Taipei, New Taipei, Kaohsiung, Taichung, Tainan, Taoyuan and Hsinchu. Taipei is the main commercial, political and cultural centre. Kaohsiung is an industrial hub with the biggest port in Taiwan. Taichung, located in the middle of Taiwan, is known as the bicycle capital of the world. Finally, the city of Hsinchu is Taiwan’s high-tech and IT hub with the highest GDP growth in recent years. Tainan, the former capital, is noteworthy in terms of its historical links with the Netherlands, its traditional prowess in agriculture, and developing ICT industry.

The Economic Department is supporting Dutch companies and entrepreneurs actively in exploring and entering the market in Taiwan. We are your first point of contact when going to Taiwan and we can help you with our knowledge about the Taiwanese market and our extensive network of companies, trade associations, and government organizations.

We invite you to contact us with your questions about doing business in Taiwan. To get an idea of our most frequently offered services please see this shortlist:

The staff in the economic department is ready to help you with all your questions about Taiwan. Please contact us at:

We are looking forward to your e-mail!

More information about the business partner scan can be found here or by contacting the International Business Advisory Desk of the RVO in the Netherlands at +31 (0) 88 042 42 42 or +31 (0)88 602 8060. You can also send your request by email to klantcontact@rvo.nl or contact the staff at the Ecomomic Department of the Netherlands Office for further information.

Together with our network partners, the Economic Department of the Netherlands Office organizes business activities to increase business opportunities and to strengthen the position of Dutch businesses in Taiwan. We also organize to promote the Netherlands in general.

For information about our recent activities, please visit our Facebook page

Websites with information on trade fairs and exhibitions in the Taiwan:

Doing business with the Netherlands

Please note that the Netherlands Office does not provide direct support for Taiwanese entrepreneurs who want to export their products to the Netherlands, or who need specific information about the Dutch market. These entrepreneurs should contact the Taiwan Trade Center in Rotterdam for information and assistance, or contact their other relevant government organizations. See our links and resources sections for more information.

General information about the Netherlands

The Netherlands is about the same size as Taiwan and has around 17.5 million people - a slightly smaller population than Taiwan. The Netherlands is also often informally referred to as Holland, which is because its two most important provinces are called North and South Holland. The official name however, is The Kingdom of the Netherlands.

Like Taiwan, the Dutch economy is driven by export, as the Dutch market is too small on its own. About 70% of the national GDP of the Netherlands is earned abroad. The Netherlands attaches great importance to international business, and as such is actively welcoming foreign businesses to come and do business with the Netherlands.

Trade fairs in the Netherlands

Websites with information on trade fairs and exhibitions in the Netherlands:

Did you know that around 90% of the world’s computer chips are made in Taiwan? Because of its strengths in OEM wafer manufacturing, plus a complete supply chain for the industry, Taiwan has one of the strongest semiconductor industries in the world. The high-tech industry is the most important sector of the Taiwanese economy today, and responsible for a about 35% of the Taiwanese exports. Biotechnology has become an important sector for scientific research, technology innovation, and industrial development in Taiwan, with strong government support. Taiwan has been very active in perfecting existing healthcare systems and incorporating new applications and ideas, as well as stimulating ground-breaking research. Tourism is one of the major industries and it significantly contributes to the economy of Taiwan, with the number of foreign visitors coming to Taiwan increasing every year. 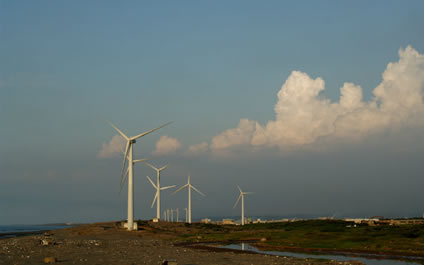 The market share of renewable energy in Taiwan is approaching 10% of the electricity generation, and the industry sector is rapidly developing in scope and size. 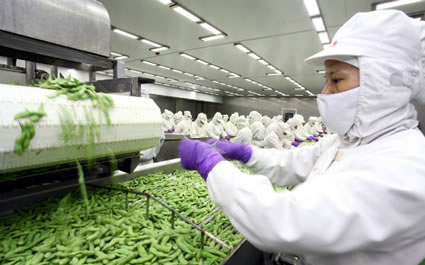 New products, new production techniques, as well as traditional skills and local expertise are key to the "high-end" agribusiness in Taiwan, which focuses on exploring new business opportunities.

Key sectors in the Netherlands The Netherlands is one of Europe's leading suppliers of chemical products and services. Important raw materials are available or easy to supply while an extensive transportation network provides access to Europe and beyond. The Netherlands has a strong standing in the areas of renewable energy and energy efficiency and a leading position in wind energy at sea, biomass processing and greenhouse farming. 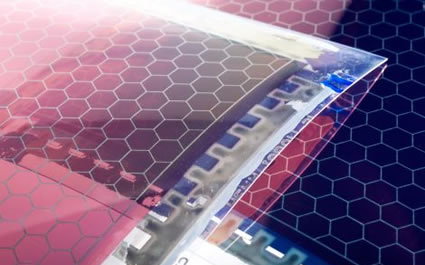 High-tech industries in the Netherlands are among the most innovative in the world, thanks to state-of-the-art facilities and cutting-edge research and development. Dutch technological know-how and products are much sought-after and are exported worldwide. The Dutch horticultural sector is a global trendsetter supplying markets the world over, as well as being a leading innovator greenhouse technology. With strong links between industry and academia, focused clusters, and strong chains linking research to product and business creation, the Dutch Life Sciences & Health sector competes on a global scale. 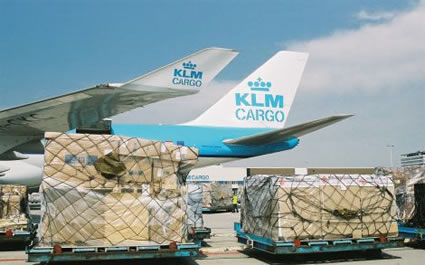 The Netherlands plays a key role in the global economy. Its success is based on its sophisticated logistical infrastructure, world-class service providers and strategic location at the heart of Europe. 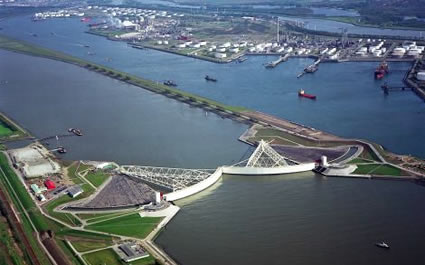 Over the decades, the Netherlands has developed sustainable systems for the production and supply of water and for the collection, treatment and partial reintroduction of "used" water into the system.

General Information about the Netherlands

For visitors to Amsterdam

For visitors to The Hague

Keukenhof
(The most famous flower park in the Netherlands, open from March till May)

Expat Service for foreigners coming to live in the Netherlands

Administrative Committee to Coordinate English-Speaking Services
(located in The Hague, offering help and advice to English speakers living in the Netherlands)

Ministry of Infrastructure and the Environment

Ministry of the Interior and Kingdom Relations

Ministry of Security and Justice

Ministry of Social Affairs and Employment

Netherlands Patent Office
An agency of the Ministry of Economic Affairs, responsible for granting patents in the Netherlands, and for the distribution of knowledge from patent literature.

ACM - The Netherlands Authority for Consumers and Markets
The Authority for Consumer and Markets (ACM) follows the latest market trends and developments for consumers and businesses. Specifically, ACM looks at the energy, telecommunication, transport, and postal industries. Along with tracking markets and industries, the ACM holds dialogs with business and consumers, advise consumers, and enforces numerous acts and pieces of legislation.

The Netherlands Authority for the Financial Markets (AFM)

Taxation in the Netherlands

Avoidance of Double Taxation between Taiwan & the Netherlands

An important agreement for the avoidance of double taxation was signed between the Netherlands and Taiwan in 2001, greatly facilitating commercial exchange and cooperation.

Taxation and Customs Union in the European Commission

Please visit the extended links section on our website's Agriculture and Food page for a comprehensive list of many useful websites.

Study in the Netherlands

Het Financieele Dagblad
(a Dutch financial newspaper, has an English edition with the International Herald Tribune; the website however, is in Dutch)

Other associations and organizations

The staff of our economic department is ready to help you with all your questions.